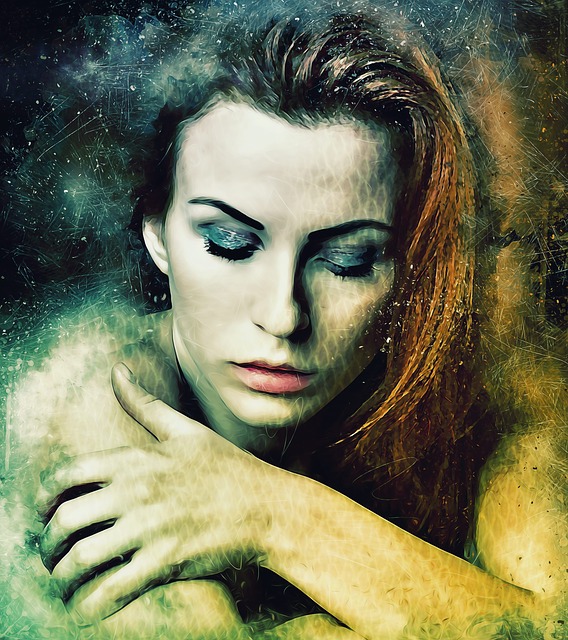 Theta healing as an eczema & psoriasis cure – myth or magic?

We live in a world of science where modern medicine has a pill for everything, but we still can’t explain the root cause of why some people get cancer, or even cure something as common as eczema and other skin rashes.

Drugs and skin ointments can have a limited effect for a period of time, but don’t stop these conditions from reoccurring.


According to WebMD, Pimecrolimus and tacrolimus are medicines which you rub on your skin to treat moderate-to-severe eczema. They ease inflammation but may increase the risk of skin cancer and non-Hodgkin’s lymphom. Corticosteroid pills, liquids, or shots, are powerful drugs which can help to relieve the symptoms of severe eczema. Because of the risk for side effects such as skin damage and bone loss, they can only be taken for a short time.

So ultimately, many of the modern Eczema treatments have serious potential side-effects.

We also have available drugs that turn down your immune system, and ease the symptoms by helping to keep your body’s defences from overreacting. However, the side effects of these drugs can include high blood pressure and kidney problems.

Antibiotics, antihistamines and OTC hydrocortisone creams are the least dangerous, but they also have side effects, as can some of the more ‘natural’ approaches such as using Ultraviolet (UV) light – too much of which can age your skin and raise your risk of skin cancer.

So surely there must be a completely safe way to deal with Eczema, somewhere, which can ease this blight on so many lives?

When you take an approach that is based upon the interconnectedness of body, mind and spirit, then suddenly the rules seem to change.

Instead of dealing with the external presentation of a condition, the body is allowed to heal the deeper blocks that lie behind the ailment. And the best part is, this process does not have any harmful side effects.

On that basis alone, using Theta Healing to remove a condition that has been a serious issue for years would seem, at the very least, worth a try.

But is the ability of Theta Healing to elicit a cure for a skin condition, just a myth? Or if it does indeed work, is it some kind of magic?

Just as early civilisations thought the world was ending when there was an eclipse because they knew nothing about astrology, we today are largely uneducated on the subject of energy healing techniques such as Theta Healing.

In the same way that counselling can shift long-held beliefs so that a person becomes free of those particular psychological blocks, Theta Healing removes blocks on a deep energetic level – only much more quickly than ‘talking therapies’ and without the person having to re-live painful experiences. So, from the patient’s point of view, energy therapies can bring results in less time and with less stress than other methodologies.

But what has that got to do with curing Eczema?

Well, the body will heal itself of most things if we let it, and remove the blocks to that healing if we use the right techniques. We are so interconnected, that psychological blocks can have physical consequences. Our bodies often reflect our emotional state – we all know how we have to rush to the bathroom when we are nervous!

Skin conditions are often related to stress and blocked emotions, or even deeper issues. No skin cream can deal with these – but Theta Healing can.

So if it’s not magic, then how can you prove it’s not a myth?

”I was tired of living with eczema, and of same-old answers from GPs and dermatologists. I turned to homeopathy and Theta Healing. After the first treatment I experienced a brief flare-up, but then my skin was visibly clearer and less itchy. At a wedding this weekend I was complimented on my skin – a sign of the real breakthrough this healing has been for me.” – Ms D. Mediator and Educator.

So how does Debbie Talalay achieve these quick results?

Let’s take a particularly challenging case study – a client with severe psoriasis – which can be even more difficult to get relief from than eczema: Case Study 2 “My client told me that

“My client told me that the psoriasis she had on her scalp for 25 years had disappeared overnight following the Theta Healing. She said she’d previously tried everything and everyone – and no one had been able to help her – and that it was nothing to do with the homeopathic remedies I’d given her as she hadn’t had time to take them – but had healed because of the Theta work alone, that we’d done together.”

Now the next part is where some people could feel that we are moving into the realms of magic rather than science – but interestingly, past live’s do affect all of us since we are genetically coded to bring forwards multiple aspects of our ancestors. This is well understood in homeopathy and other respected complimentary therapies.

Debbie goes on to explain:

“During the Theta Healing session, using Kineseology, we had discovered that she’d inherited a belief from an ancestor that she was a sinner and needed to mortify the flesh. She would do this by wearing a hair shirt, which was a common practice in Tudor times, and which they covered with a beautiful robe so no-one would know. The psoriasis was her “hidden punishment”, her hair shirt, which was covered by her beautiful head of hair. No one knew that she had this problem, as it was hidden – just like the hair shirts that hurt the flesh worn by our ancestors who believed themselves to be ‘sinners’.

When the mind is healed the body will often repair itself – in this case, astonishingly quickly!”

For children in particular, Theta offers a totally safe and simple way to deal with Eczema – and so also to make a real difference to their confidence and self-esteem, which severe eczema can seriously impact upon.

If you would like to have a 15 minute online taster session to find out if Theta Healing can make a difference to you or someone you care deeply about – at no cost – book a Theta Works session with me, Deborah Talalay, by emailing debbie@18.135.123.1.

Deborah has run a busy Homeopathic practice for over 25 years. In more recent years, she became a Kinesiologist, an NLP Master Practitioner and then a Theta Healer in order to diagnose and deal more directly with the issues that sabotage our thinking and our lives.

Deborah has been featured in the Daily Express, BBC Radio, The Huffington Post and Positive Health Magazine.